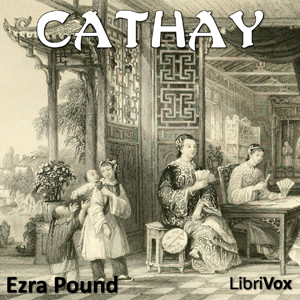 The Cathay poems appeared in a slim volume in 1915. They are, in effect, Ezra Pound’s English translations/interpretations from notebooks written by the Japanese scholar Ernest Fenollosa. Pound, not knowing any Chinese or Japanese at all, promptly created a new and somewhat complex style of translation, as he had done with words from several other languages. The Cathay poems are primarily written by the Chinese poet Li Po, refered to throughout these translations as Rihaku, the Japanese form of his name. These poems came to have a profound influence on 20th Century poetry, spawning, among other things, the Imagist movement, and helped in the generation of widespread interest in Asian literature and thought. Also included in this collection are two poems from Pound’s 1912 collection Ripostes. “The Seafarer” is another of Pound’s experiments in translation, this one from the Anglo-Saxon. (Summary by Alan Davis-Drake)

Uploaded by librivoxbooks on October 7, 2006